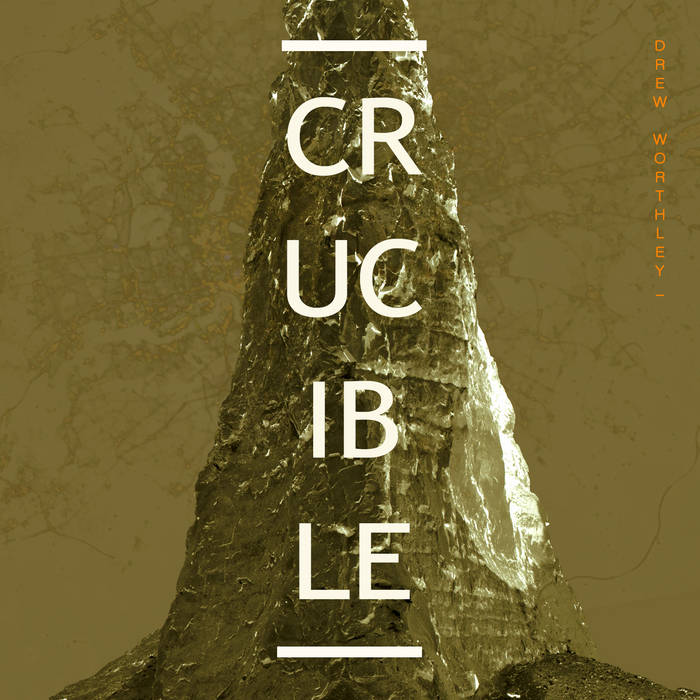 "It’s one of the albums of the year without doubt, as its charm and downright insubordinate addictiveness shines through on each and every one of Crucible’s eleven tracks. 8.5/10"
Louder Than War
louderthanwar.com/drew-worthley-crucible-album-review/

“Makes you want to just stop everything and simply listen.”
Indiemunity

“His songwriting is a type that breaks down many boundaries” BaebelMusic

Design, Images and Layout by Darren Harvey-Regan
except ‘Icon’ by Drew Worthley

I hold gratitude in abundance for all the good people without whose generosity, grace and giftings this record could not have come to be. Peace and love to you all. Especial thanks to the wonderful legend of a human being that is Phil Wilkinson. This great rumbustification of ours has been a pleasure.

Crafter of a curious blend of cerebral indie-pop with a twist of lyrical Americana. Newly released sophomore record 'CRUCIBLE' has been acclaimed by Louder Than War as 'one of the albums of the year without doubt.' The 'blisfully atypical' collection of songs have been receiving regular airplay on BBC 6 Music, BBC London and BBC Introducing, ... more

Bandcamp Daily  your guide to the world of Bandcamp

MF DOOM is given his flowers, plus appearances from MC Jada Imani and Stanley Ipkuss